Friday with Friends "The Southern Difference"

The Southern Difference
by Jo Huddleston 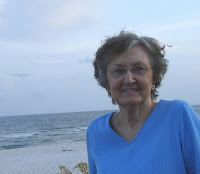 It seemed the difference he tried to communicate was one he sensed but couldn’t describe. He assured me, however, the difference he detected was a compliment to the South.
Since then I’ve tried to decide what difference that young man saw in those of us who’ve been born and raised in the South. What makes Southerners and the books and movies about us so universally interesting?
I’ve had about as much difficulty as my college friend did trying to pinpoint a single attribute. What is this common bond we seem to share, this gift from our culture?
Fannie Flagg says, “Our southerness holds us together.” What is our “southerness”? What is the one strong core in this cultural bonding we share? It’s with a sign of relief that I’ve finally identified a potential keystone of our Southern uniqueness: family loyalty.
The weekend of every fourth Sunday in May finds our family members traveling to their place of origin like the regular migration of swallows flying back to San Juan Capistrano. We return each May to the foothills of those luxuriant blue-green mountain ranges in the Cherokee National Forest north of Chattanooga.
On Sunday morning most of our family crowds into the small frame church located a few miles up the narrow, winding road from the home place. This is “Decoration Day” and the cemetery behind the church becomes an ocean of flowers billowing across graves of remembered relatives.
When the church service begins, we sit at attention in straight-backed, wooden pews. Swaying cardboard fans from the local funeral home help stir what little air eases in through the open windows. Aunt Anna Gene and Uncle Sam, honorary music directors for the day, lead congregational singing of favorite old hymns like Amazing Grace and Rock of Ages.
After church we hurry to Aunt Christine’s for the family’s traditional gathering on Decoration Day. The house has changed since Grandmother lived there, but its wide porch still stretches across the front, complete with roomy porch swing.
Grandmother birthed thirteen children, raising eleven of them. I remember when visiting Grandmother’s as a child, other relatives almost always were there also. When night came, people far outnumbered beds and couches. Four or five of us smaller ones had to sleep crossways on one bed. We considered this a treat, not a hardship. On the floor, pallets made of beautiful handmade quilts afforded other sleeping places.
At mealtimes Grandmother set the food on a wooden table nearly ten feet long. An equally long bench extended behind the table, against a wall, and as many children as could scrouge onto it could eat together. Assorted straight chairs pulled up to the table’s outside edge accommodated grown-ups for the meals.
That same long table has been kept over the years in an outside storage house. Every fourth Sunday in May it’s placed underneath the black oak shade tree in the backyard and barely holds the food brought for Sunday dinner. This outing in not a simple picnic but an elaborate dinner spread and served outside only because the house can’t hold all the kinfolks assembled. For this Sunday dinner, the ladies do themselves proud with their “country cooking.” We’re treated with favorite Southern dishes such as fried okra, chicken and dumplings, home-canned green beans, fresh corn cooked in deep black iron skillets, deviled eggs, corn bread, and Aunt Essie’s made-from-scratch chocolate meringue pies.
Each year Grandmother’s oldest son asks God’s blessing on the food before we eat, offering words of remembrance of family members who’ve passed away whom we won’t forget. Then with everyone over-stuffed and sitting comfortably in colorful unmatched lawn chairs we’ve brought in our car trunks, the swapping of stories begins. A year’s catching up commences.
Family member have served our country’s military in honorable, patriotic fashion, so typical of the South. We’ve sent out own to the rolling waters of the Pacific Ocean in World War II, the frozen ridges of Korea, the steaming jungles of Vietnam, and the scorching deserts of Iraq.
Some of us at one time or another has been “rich man, poor man….” But regardless of what we’ll become, we’re forever rich in loyal family ties. In retrospect it’s worth all our continued efforts to reach back and touch our roots, to connect with the magic of family.
Our family members have settled from Phoenix to Charlotte, from Miami to Detroit. But come the fourth Sunday every May, thoughts turn to the renewal of family ties and plans for the annual journey begin. Those in Grandmother’s bloodline strive to return “home” to East Tennessee.
My Yankee friend hadn’t slept on a quilt pallet on the floor or slept crossways on a bed with four cousins. He hadn’t sat in straight-backed, wooden church pews on tasted home-canned green beans. He didn’t know about Decoration Day every May and the genetic yearning to reunite with family.
How then could my friend describe our Southern difference?  A difference I wouldn’t trade for anything!
Want to read more of Jo's thoughts? Go to: http://johuddleston.blogspot.com
Posted by Eva Marie Everson at 1:16 PM