Another Round of "Who Am I?"

I was born in 1993 to Judy and Michael in Garner North Carolina. My mom is a real estate agent and my father a manufacturing systems analysis. My father's parents are (mom) Puerto Rican and (dad) American.

A few years back I tried out for Clayton Idol at the Clayton Harvest Festival in Clayton, North Carolina. I won first place. Then, in 2010, I tried out for American Idol. In May, 2011 I was named the winner of Season 10, having never been in the bottom 3. 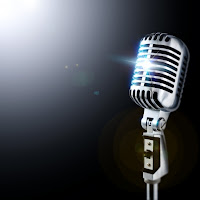 After a pretty fun summer, I returned to finish high school.

My first album Clear as Day was released in October 2011 and certified platinum by March 2012. On April 1 I was named ACM's 2012 New Artist of the Year.

I am a professed Christian.

My first name is Scott. My middle name is Cooke (mom's maiden name), but most people call me by my nickname.


[Leave your answer and register to win a book from my bookshelf!]
Posted by Eva Marie Everson at 2:27 PM