Hearing the alleged charges brought against us was nothing compared with what was to come. I think, sometimes, God is like this: He allows the smaller tragedies that come with living in a sin-filled world to fall upon us first. Before the big stuff. And then the really big stuff. 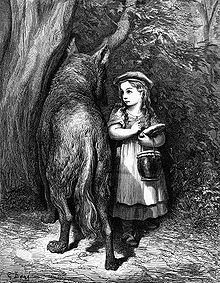 In March 2011, two months after seeing J for the last time, we were cleared of all alleged charges against us. By Child Protective Services. By Casselberry Police Department. And by Seminole County Sheriff's Office Crimes Against Children. I received an official report from each of them; the latter contained a notation that the detective had gone to the foster home to see J. The foster home address was listed. I jumped in my car and drove, anxious to know. When I saw where my child was staying, I was horrified. Shambled houses, young people as well as older ambling aimlessly, liquor stores--outside which women stood, ready to sell a different kind of intoxication. More liquor stores. Second-hand stores. Litter. Graffiti.

My husband and I were invited to a meeting at CBC of Central Florida. I looked forward to the two hours we were to be there, but I should have been forewarned. When we were greeted by the case manager, it became apparent immediately that she didn't care what the police reports said. We were guilty. Why? Because the child had said so. Her cold demeanor and "I really don't care what you have to say" attitude said it all.

J's bio-family was with us and her bio-dad was "patched in" to the meeting by speaker phone. And, when he had the chance to speak, he had the nerve, the absolute audacity, to accuse my husband of sexually abusing J.

In an act I'd never seen before or since, my husband stood, slammed his hand down on the table near the "speaker" and began his own list of accusations. We'd known for years what her bio-dad had done and hadn't done to and for his child when she was a baby. It was all documented. And he wasn't denying it. My husband--my fabulously wonderful husband--had given this child love. Pure love. Never ever touching her inappropriately. He had paid for her needs, not just her wants, because her own father had not. He had held her when she was afraid, laughed at her childhood jokes, and taught her to ride a bike. Taught her to read. How to tie her shoes. He'd made sure she had food in her tummy when she was hungry and a warm place to sleep when she was tired. He'd built playhouses for her and her friends out of palm fronds. He'd held one end of a rope so she and her friends could jump over it as it swung near the ground.

He was old enough to be her grandfather, but he gave her all the energy of young dad. And, he had always treated her bio-dad with respect. In spite of his shortcomings. In spite of what he didn't do for his daughter, my husband's attitude was always, always: he is her father.

And this was how he was being repaid?

It took everything we had to get our story across to a room of about 15 people, most of who clearly didn't want to be there. The supervisor of supervisors at CBC spent more time reading her emails off her phone than she did listening to the facts of our situation. And, finally, when the case manager's direct supervisor stood and informed us that the child had all the rights and we had none, and that J didn't want to see us or allow us to get her the help she needed, we knew we were done.

So much for Children and Families.

Still, I continued to monitor J's school progress online. Even though she was in foster care, we were still the legal guardians and I still had access to her records. She was often tardy. She was belligerent to teachers. And she was in after school suspension and suspended quite frequently.

She was taken to several facilities for testing and with each report, the news grew more grim. Still, CBC and DCF refused to see the real problem.

And, like good parents, my husband and I continued to buy her clothes and those things we thought she might need and/or want. J accepted the gifts, but not us. Totally out of character from a little girl who always "thank you thank you thank you"'d anyone who gave her even the littlest thing.

In June, the State of Florida sent a doctor to talk to J for a half hour; this women--in spite of all the medical records and history--deemed that foster care and therapy would be sufficient. After a half hour with the child and no time with family or with us.

Then came July ... and something growing out of my chest. Turned out to be a form of skin cancer, which was painfully removed. I had a check up scheduled with a specialist on August 4 (I believe it was). About that time, I also received a call from the GAL office that CBC and DCF had filed a request with the court to have my husband and me removed as J's guardians.

"Will we get a notice to come to court?" I asked.
"You should," she said. "I just wanted to give you a heads up so you wouldn't be surprised." Out of all the people involved in this case, she and the GAL volunteer, and one therapist from DCF were the only ones who had treated us with any semblance of dignity.
"When is the hearing?" I asked.
"August 4," she said.

I waited for the paperwork to come, but it never did. J's aunts went to the hearing while I went to see if the cancer was contained. They called when it was over to tell me the judge had refused the petition. I breathed a sigh of relief. We were still J's legal parents; we could still fight for the welfare of our baby girl.

But then another call came from the GAL office. J had been taken into the judge's chambers after court, I was told. She didn't know the details, only that J showed such a level of mental disturbance that the judge removed our rights. "I honestly think he is trying to protect the two of you, Eva." 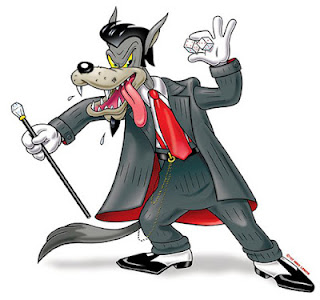 Devastated, I waited for the paperwork that would prove all our work, our expenses, our love and devotion were for nothing.

But it never came.

DCF and CBC of Central Florida had our rights removed and we were never notified. Not before. Not after. Not since. The Big Bad Wolf had finally huffed and puffed and blown a child's house down.

(Note: For the third time this year, J is missing from the "care" of DCF and CBC of Central Florida. But she is not alone. Right now, this minute, there are nearly 200 children in Florida they cannot account for. 200. What if one of them was yours? Just one?)
Posted by Eva Marie Everson at 9:55 AM