Reflections of a Southern Life

I have found myself increasingly cranky lately. Nothing to fear; I tend to get this way as summer comes to an end. I'm tired of the heat, I'm wishing I lived somewhere--anywhere--else than Florida. Somewhere where I could actually see a leaf change from vibrant green to splendid red or glorious orange. Where I could walk through the fallen leaves and hear them swish and crunch under my feet. Somewhere where I could feel the snap of cold on my face as I hike a path or rush to the mailbox.

But I live in "tropical paradise," which is all well and good certain times of the year and a bummer during the others. I often say that those of us who live in Florida don't have four seasons, we have two. Hot and hotter. 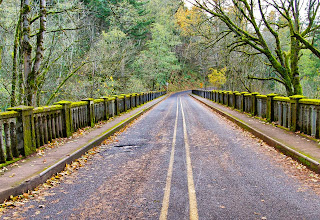 And I hate ... let me reemphasize that ... hate!! ... hot. Just try touching the thermostat in our house and see what happens.

So, here I am. Nearing the end of September and cranky.

Yesterday morning I did something different in my prayer time, hoping to relieve the misery. I asked God to "wink" at me "today." To show me He still has me in His radar and we're "okay." We're still good. In spite of my crankiness.

Then I went to a meeting (planning for Florida Christian Writers Conference of which I am one of the two directors). I left the meeting at 1:00 because I had a phone meeting at 2:00 and I wanted a few minutes to swing by the mall first. (I've lost a pant's size ... which may be a wink ... or it may be the fact that I'm walking my little ...okay, big ... feet off.)

After the mall (and the confirmation that I have indeed lost a pant's size, which the sales ladies celebrated with me, even as they took my credit card), I got in my car and headed toward home, just as my phone meeting was to commence.

I can drive and talk.

Okay. So I took a wrong turn out of the mall. So what? All roads lead to Rome, right? Or, at the very least, to Lake Kathryn.

I took another route ... still chatting.

As I came to a roll toward a red light, I glanced over at the sidewalk where two young ladies (think teenagers) walked in the same direction that I rolled. Even from the back they looked familiar. I said to the other person on the phone, "Is that? Is that Becca and Emily?"

Then one of the girls turned and I knew it was, indeed, Becca and Emily--two young ladies from my church and the daughters of my friend and assistant, Cheryl. I asked the person on the other end of the call if I could call her back, powered down the window and called out to the girls, asking them if they'd like a ride.

They were heading to Ross, they told me. Not in my actual direction, but ... all roads leading to Lake Kathryn being true, I drove them there, chatting happily about the fact that Emily's Sweet 16 party will be held at my house within a few days (and completely forgetting that today was her birthday). Not only that, I worry about two young ladies as gorgeous as these two walking ... anywhere!

After dropping them off, I resumed in my phone meeting and found my way toward home. As I neared Ronald Reagan Blvd and SR 434, I saw two cars had stopped in the middle of the road in front of me. The drivers were out of the car, inspecting the "damage" from the accident they'd apparently had within the last 5 minutes.

That's when it hit me. That's when God winked. Had I gone my usual route ... had I not seen Becca and Emily and taken them to Ross ... I would have most likely been right where these cars were. Boom-boom, crunch-crunch.