In the South, you'll often hear canines referred to as dawgs. 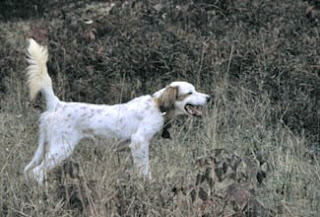 Now, if you're heading down to God's Country, there are a few things you may need to know about dawgs.


The first is this: if you hear someone say, "That dog won't hunt," it doesn't mean they own a dog or know of a dog who has become too old, too tired, or too sick to run ahead of his master and pick up the now-dead game. What it means is that whatever is being attempted just isn't going to happen.

The second is: "I don't have a dog in this fight." This statement has nothing to do, by the way, with Michael Vick. This simply means that, "Here are my thoughts on the subject, but quite frankly, however it turns out, doesn't really matter to me."

Take for example if you are a University of Georgia alumni. Straight up. Nothing is coming between you and UGA.And then let's say you are at Wimbledon (for some odd reason, your spouse entered a contest and, by golly, you won), watching two of the best tennis pros in the world battle it out, one whomp of the fuzzy ball at a time. Your head turns left, right, left, right... and the person sitting next to you says, "Who are you betting on?"

And let's say, for the fun of it, that the person sitting next to you is actually from England. So, what he or she really said was, "Who are you betting on, bloke?"

And, since you could care less about tennis or Wimbledon but just to keep peace in the family you're sitting there, your reply would be, "Don't care. I don't have a dog in this fight."

Speaking of UGA... this is the ultimate dawg. "Uga" as he likes to be called. In the South, if you say you are a dawg fan, that means you are a part of the South with UGA blood running through its veins.

Ryan replied, "I didn't understand a word he just said."

Really? Well dogoneit..
Posted by Eva Marie Everson at 10:01 AM