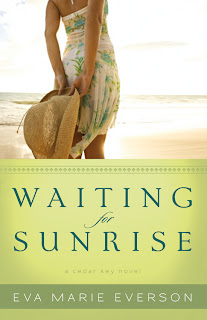 This past week my latest work, Waiting for Sunrise, had its "blog tour."

There were some wonderful reviews out there for this novel. By and large, the readers understood the issues of mental health, what happens when childhood is interrupted by adult moments, and how later on in life, those interruptions will rear their heads and say, "Hey! Deal with me!"

A few readers did not understand. How is it, they wondered, that Patsy (the protagonist in the story) could have such a loving husband and family, children by the number, good friends, active social life ... and still be unhappy???

Well, let me ask a question: how is it that some of the wealthiest people in the world are the saddest? They have money enough to buy happiness, don't they? Beautiful homes. Paid for homes! Children who are in some of the best private schools in the world. Spouses who are as lovely to look at as they.

They belong to all the best social clubs, eat in the finest restaurants, shop in the best stores. What's the problem here?

Well, I don't know ... but maybe it's chemical. Or, maybe there is a nagging memory working its way to the surface that says, "Deal with me! Deal with me, now!" 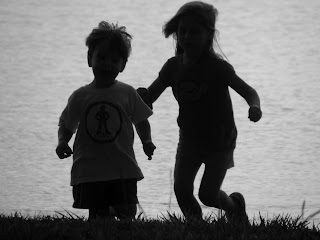 My mother had such a memory. She never revealed to me what it was, but when she cried for seemingly no reason, she alluded to it. Never enough to reveal much ... but enough that I knew how raw the memory was. How the wound never healed. Maybe never would.

Childhood should never be interrupted by adult junk, but it often is. We--as a culture--have decided to introduce children to adult situations way too soon.

Do you remember when certain shows could not be shown until after 9:00 at night? Sometimes later? Do you remember when the "bad words" and the "adult issues" were kept for movies, and even then, sparingly. Now, even their cartoons hint at things most adults don't want to think about.

We've robbed our children of their childhood. We adults. We who should know better.

Eventually, they'll have to deal with it.

My prayer, and one of the points of the book, is that through Christ all things are held together (even memories) and all things are possible (like healing).

See that you do not despise one of these little ones. For I tell you that their angels in heaven always see the face of my Father in heaven. ~~ Jesus.
Posted by Eva Marie Everson at 10:11 AM