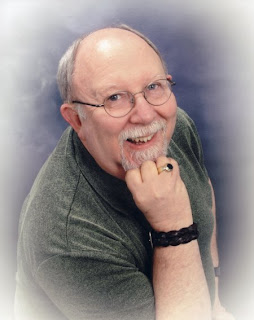 Here's a couple of funny stories from my friend, Roger Bruner.


I have two Southern tidbits I'd like to share with your readers.
One:
When my father attended Southern Seminary back during the 1940s, he and my mother heard so much King James Version Bible reading and praying that they started talking in thees and thous around their apartment. It became such a habit that they quit noticing that they were doing it.
But a cousin of my mother's noticed when she came to visit. "Do they make you talk that way at the Seminary?"
She was incredulous, and she was serious. 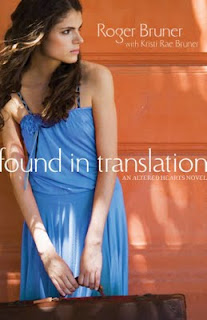 Two:
In high school, I used to wait at the bus stop with a girl named Jean. One day when we were both high school seniors, she decided to be honest. Referring to my Southern drawl (I'd moved to Virginia from North Carolina), she said, "Roger, I really enjoy talking with you, but you just take too long to say anything."
People who say that to me now just mean I'm getting long-winded!
From Eva:  Thank you Roger. Love those stories! To know more about Roger and his work, go to: RogerBruner.com
Roger's Bio: Roger Bruner worked as a teacher, job counselor, and programmer analyst before retiring to pursue his dream of writing Christian fiction full-time. A guitarist and songwriter, he is active in his church choir, praise team, Sonlight service, and nursing home ministry. Roger also enjoys reading, web design, mission trips, photography, and spending time with his wonderful wife, Kathleen. Roger’s first young adult novel, Found in Translation, came out in January; the sequel, Lost in Dreams, comes out in August.
Posted by Eva Marie Everson at 10:25 AM