Another installment of "Who Am I?"


I was born September 23, 1930 to Aretha and Bailey Robinson in Albany, Georgia, but we moved to Florida not too long after that. As a young boy I enjoyed watching men build and rebuild engines. Pretty much anything mechanical. But then a trip to Mr. Wiley Pits' Red Wing Cafe changed the course of my life.

You see, Mr. Pits played boogie woogie on an upright piano. My focus shifted from mechanics to music almost immediately. 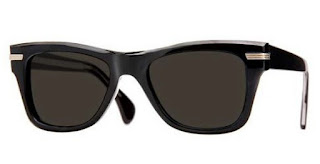 My father died when I was ten and my mother died only five years after that, leaving me--at fifteen--alone and, did I mention?--blind. I decided not to return to school and, instead, started playing piano for bands in the Jacksonville, Florida scene. It would take a while for my big break to come, but when it did ... it did.

I ranked among the top 100 greatest artists in a listing made by Rolling Stone in 2004.

I landed in the top 10. I am one of the first African Americans to be given artistic control.

I am called a pioneer in the genre of soul music because of the way I blended R&B with gospel with the blues.

I have a star on Hollywood's Walk of Fame, located at 6777 Hollywood Blvd.

I have twelve children. At a family dinner in 2002, I handed ten of those twelve checks for one million each (the other two couldn't make it).


[Leave a comment with your answer and perhaps a favorite song by this artist for a chance to win a book from my bookshelf! Drawing held at week's end.]
Posted by Eva Marie Everson at 9:24 AM