A glimpse into our world. Into what happened that night.

It began with a simple phone call. Just before bedtime. A friend. A good friend, calling to tell me that Jo (who I will now refer to only as J), had a Facebook page I wasn't aware of.

"Under what name?" I asked.

She told me ... it was an oddity made out of her given name combined with her father's last name.

Her bio-dad, he was often called because she insisted that it be that way, that he be called by his given name. She insisted that my husband was her "Daddy" because he took the role seriously and always had. "It takes more than sperm to make a daddy," she told me once. I nearly wrecked the car. I wasn't aware she knew what sperm was (and then I remembered the paper I had to sign for the 5th grade class given just to the girls).

We didn't have to do it, you see. We didn't have to fight so hard for permanent guardianship. Didn't have to play the role of Mom and Dad. There was no blood relationship. But we loved this little girl. And she loved us, so openly. So fervently. 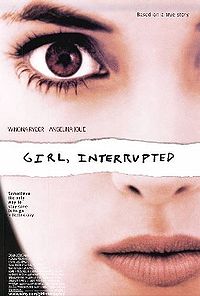 We had been given "permanent guardianship" so legally her last name had not changed (she insisted that, at eighteen, she would legally change her name). A few days after the ink had dried on the paperwork, I received a call from her fourth grade teacher telling me J was now writing our last name as her own on her paperwork. I asked the teacher how she planned to handle it. She said, "I don't plan to handle it at all. In her heart, she's an Everson. She's smart enough to know that legally she isn't, but believe me, Mrs. Everson, in her heart and soul, she is evermore your child."

So, now, I'm hearing that her Facebook holds her biological name. I'm fine with her calling herself whatever she wants, but I have always wanted her to be honest about her feelings.

I checked the name, but I couldn't find it. So, I went into another Facebook name I use occasionally and ... voila ... there it was. I checked her friends. One was a female friend of her bio-dad. Another was her friend ("T's") mother, who I will call "S."

S and I had had a recent discussion about the fact that she had listed "J" as her "daughter" on Facebook, changing J's last name to her last name. I found that completely odd. I couldn't imagine doing something like that. I mean, what if I had listed T as my daughter, writing her name as T Everson? She acted put off that I would ask her to remove the listing. At first, she refused, but eventually she complied.

I clicked out of Facebook and went into J's room to discuss the situation with her. Above everything ... I wanted to talk about the deceit. In our home, this was unacceptable ...

I had no idea the danger I was putting myself in with that one tap on her door ... and that one question, "Can we talk for a minute?" I had no idea the Devil's Workshop I was about to walk in to. Because I was naive, you see. I didn't yet know about what mental illness could do to the most adorable of little girls upon their arrival at puberty's gate. I didn't yet know how it could destroy a family ... and the lives of those therein.
Posted by Eva Marie Everson at 10:27 AM