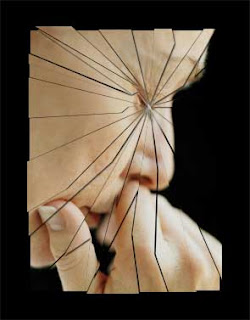 So what do you do when you've spent the entire night keeping vigil because your precious child, the one you'd give your life for, has become so psychotic, you fear that rather than die for her, you'll die by her? What do you do the following morning--so tired your muscles ache and your brain refuses to work--once the sun has risen again and you know life goes on?

As it turned out, J had an appointment late that morning with her therapist. I called ahead, told her what had happened. Neither of us were fully surprised. Four months previous, we'd hospitalized J for what we thought was a reaction to her ADHD meds. Just before that, she and I had gone away for a week, which would have been and should have been a lovely time together--but had turned into a disaster when she informed those around us that my husband and I had installed cameras in her bedroom and bathroom so we could watch her undress and shower. Of course none of that was true. After the week away--with the first four days being such fun and the last three being something akin to hell on earth--my husband and I took her to a therapy session where she explained, oh so casually, why she thought there were cameras and we, of course, explained otherwise. Everyone left happy. Then, two days later she stood in the middle of the street screaming she is going to kill herself. Totally broken down. My husband and I were helpless as officers handcuffed her and drove her away. Helpless watching her thrashing about in the back of the squad car. Just helpless.

The ADHD meds, they said. We'll ween her off. Make her better. And, after a week, she returned to us, pretty much her old self. So maybe they were right.

But there had been those previous problems in school. The year before, we'd gone from elementary to middle school--that cesspool of hormones and mean girl issues. J got in trouble one day for defending another girl from the attacks of a third. Then, she was thrown against the bathroom wall (warning: if you are in middle school, just learn to hold it) by a girl who was suspended for three days. There were other fights. She also struggled with her school work, but socially, she seemed to be doing well.

Then came the notices. Skipping class. Failing in class. Disrupting class. Fighting at lunch. I was getting emails from teachers nearly every day and phone calls from the school counselor just as often. I amped up my mothering role. I started having email sessions with the teachers on a weekly basis, letting J know that a good week would result in an award. A bad week ... well, there go your privileges.

By March, with a child failing and having been suspended too many times, I removed her from school (at her request) to homeschool her. In homeschooling, she did so well. She blossomed.

But, like I said ... then came August. And then...then came October when CPS (child protective services) showed up at my door. They had a report that we kept J. imprisoned in her room. That we had cameras in the bedroom and bath. 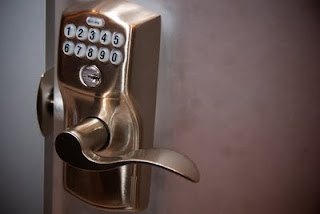 I showed them our weekly calendar. She had a social event every Monday. Tuesday was ballet. Wednesday was Youth Group at church. Thursday was jazz. Nearly every Friday she was heading out to the farm where her best friends lived. She spent most weekends (I met her at church on Sunday) with them. After Sunday service, we'd go shopping. Or maybe to a matinee.

The officer talked to me at length. Talked to J. Smiled and said, "She's a normal kid."

But something smelled like a rat. And the rat had a name. S, I have called her. Her friend's mother. So I called S and confronted her. She swore she hadn't called ...but she was concerned because I wouldn't let J see her bio-dad. What? She had total freedom to see her bio-dad! She insisted she didn't want to.

Oh ... that's not what she told me. Maybe I misunderstood.


Maybe you should get your nose out of my business and rear your own kids.

And so I went to the therapist and said, "I think we've got issues."

To which she said, "Yes, we do. J is beginning to create stories in her head that could easily land you in prison. I think it's time for a psychological. With the onset of hormones, we may be seeing the same illnesses her bio-parents suffer from."

But love wasn't going to get us through this. Nor was prayer. You cannot pray hard enough or love deep enough and think that mental health issues and illnesses will just go away. Sometimes there is a purpose.

And right now ... it seemed that the purpose was to destroy our family.

Where mental illness left off ... DCF and CBC of Central Florida picked up. Departments designed to save families and children, but destroyers of them nonetheless. Departments without hearts, who only care for the power they hold, to use it for evil and not for good. Departments without ears ... and none are so deaf as those who refuse to listen.

Because then came January 11 ... and a final trip to the therapist after that long, long night. The last day I would see my little girl ... because of the idiocy of DCF and CBC of Central Florida. Because the state of Florida gives children--even those diagnosed with mental health issues--all the rights.
Posted by Eva Marie Everson at 1:17 PM