Do you remember the line from When Harry Met Sally?

If you grew up Southern, you probably spent time picking up pecans in an open grove or at someone's house where pecan trees grew tall, casting leafy shadows on the ground in the summertime and looking all scary in the wintertime, spindly arms stretched toward a gray sky like an old woman begging God to die. 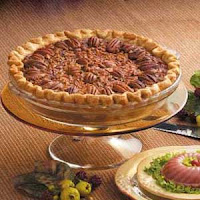 And, if you grew up Southern and you picked up pecans, you've probably put a couple of them in your hand and squeezed in order to crack them open. Nothing like a nut to crack a nut, I always say. (But usually I'm talking about people, not pecans.) You also probably know what it's like to take one of those little silver dealies to "dig out the meat," as my mother used to call it. And you've probably had the age-old discussion of just how to pronounce "pecan." Is it PEE-can or is it pe-CAHN? I tend to say the latter. What about you?

Posted by Eva Marie Everson at 7:55 AM