He was beautiful to behold, but not so lovely to know. Those who dared to love him were shunned by him. One day, having been drawn to a pool of water, he bent down, peered in, and saw his own reflection. So enamored by what he saw, he was cursed. He couldn't move from this striking beauty before him and, frozen in place by his own desire, he eventually died.

This is not a true story, of course. It is but one of the many versions of the story of Narcissus. You may remember him from Greek Mythology 101, a class I aced because it was all about telling stories. I've always loved the art of storytelling. Thus, I became a writer of fiction.

Today, Greek mythology gives us some of our most common sayings, whether we know it or not. Have you ever heard the line, "She's his Achilles' heel"? That's one.

She has the Midas touch. That's another.

Even the term "mentor" comes from Greek mythology.

Initially, I was Jo's mother's mentor. In time, I came to love her as though she were one of my own. And, in time, I felt the same about Jo. Enough that I committed to rearing her, with my husband, to adulthood. Not just a verbal commitment. It was on paper. Legally binding. More or less.

1.  Believe they are better than others
2. Fantasize about power, success, and attractiveness
3.  Exaggerate their achievements and talents
4.  Expect constant praise and admiration, constant attention
5. Fail to recognize other people's emotions and feelings
6. Expect others to go along with their plans and ideas
7. Take advantage of the generosity of others
8.  Express disdain for those they feel are inferior
9. Are jealous of others
10. Set unrealistic goals
11. Have trouble forming and keeping healthy relationships
12. While they see themselves as better than others, their self-esteem is fragile
13. Appear unemotional
14. Reacts to any form of criticism/guidance with anger, shame, or humiliation

Sometimes we can look at someone with NPD and say, "Well, they're just confident! They know what they want!" It can appear that way, yes. But the person with NPD feels all this to a pathological level. They don't "rise" because of it ... they suffer due to it. 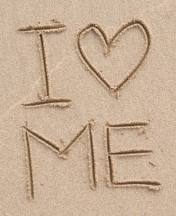 When at least five of these symptoms are found in a patient, a qualified doctor can make a diagnosis of NPD. However, other diagnoses need to be ruled out first. Typically, poor early childhood parenting and genetics is at the root of the cause.

Is there treatment? Yes, of course. But it's often difficult and time-consuming. And, remember, anyone with any personality disorder typically cannot see themselves as ill, therefore they reject treatment. Most often, family members beg a loved one to "get help," which leads to treatment.

For any parent with a teenager, you may be thinking, "Sounds also a lot like being a teen to me." True. But, I'm here to tell you from my own experience, that numbers 5 and 13, coupled with any of the other symptoms, make a dangerous combination.

And when I say "dangerous," what I mean is ... dangerous.

When a teenager with NPD, one you brought into your life and loved as your own, looks at you--looks through you--with cold eyes and says, "There has never been anything between us ..." and when you find the pieces of picture frame that were shaped like shanks to be used for your own murder ... it's dangerous. The child may be the victim of the illness, but then you, as the parent, are the victim of the child.

What's worse is when you become the victim of the system you thought would help. When, in our case, DCF and CBC of Central Florida failed to recognize who the victims really were ... and then left them in the dust to figure it out on their own.

And that's just a part of our story.

[I implore you to learn more about Personality Disorders. I am doing what I am doing to educate others about them--as many as I can think of--not necessarily saying that J was diagnosed with these illnesses, but that these are very real. And very dangerous. If you or someone you know has adopted a foster child, taken in a foster child, adopted or become the permanent guardian of a child whose history is not completely clear to you ... you must learn more about these illnesses. One day, like in our story, everything is fine. And then, one day, it is not. It is really, really not.]
Posted by Eva Marie Everson at 1:05 PM