This past January-April, while preparing for the Blue Ridge Mountain Christian Writers Conference, I (as the Contest Director) opened up the submission floodgates, inviting published writers to submit their work for the 2012 Selah Awards. Books were to be mailed to my address ... and they came by the droves! My job was then to find readers/judges for the books according to genre. 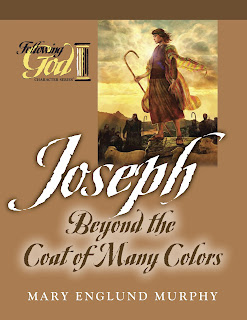 A couple of the books got a quick look-see from me! I was either intrigued by the title or the cover ... or both! One such book was Mary Englund Murphy's book Joseph, Beyond the Coat of Many Colors. This book is a Bible study (and it won First Place by the way!). I recently asked Mary if I could feature the book here at my blog ... she complied! Read what she has to say about this amazing work! [And we're giving away a copy of this book! Comment, tell us why you've felt like a Joseph at times in your life or simply comment on the study, this blog entry, etc. Winner will be chosen at random.]


Joseph: Beyond the Coat of Many Colors
By Mary Englund Murphy

·     Joseph is such a well known Biblical figure; there must be numerous books and Bible studies on him. What prompted you to write this study?

There are a many books, but few Bible studies devoted entirely to his story. Several authors include a “Joseph” chapter, but few studies are entirely devoted to him.

·     Your title is intriguing “Joseph: Beyond the Coat of Many Colors”. What does your subtitle suggest?

I spent four years studying and writing about Joseph and I was amazed at the new insights I gained when I put my preconceived ideas aside. Many of us who were raised in church have what I call a Sunday school or flannel graph view of Joseph and therefore we miss many of the treasures that are found in a deeper study of his life. We often visualize him as a little boy dressed in a multi-colored striped bathrobe. This Bible study goes way beyond all the preconceived notions about Joseph.

·     Give us a brief overview of Joseph’s story for those who may not be familiar with the Bible?

Joseph’s story is found in the Old Testament portion of the Bible. He was the eleventh, and favorite, of the twelve sons of Jacob and was literally despised and hated by his brothers. When Joseph was seventeen years old, his father gave him the famous coat. The brothers plotted to murder Joseph but ended up selling him to slave traders. He spent thirteen years as a slave and a prisoner in Egypt until Pharaoh heard that he could interpret dreams. When Joseph gave Pharaoh God’s interpretation he was promoted to second in command of the nation. Joseph saved the country from famine and eventually was reunited with his family and brought them to Egypt.

Okay, so Joseph had a few very trying years, but look how it all turned out for him – wealth, prestige, honor, a wife and children, and he was restored to his family. Anyone could make it through a few difficulties with all that in their future, right?

That’s exactly what I was referring to previously. We tend to view Joseph from an overall perspective – the favored child, the multi-colored coat, some conflict with his brothers, a few rough years in Egypt, then promotion to wealth and prosperity. Sometimes we think he persevered with virtually no emotional issues, but the Scriptures indicate that he did he have challenges with the same things we struggle with like shattered hopes and depression. Joseph was a great man but he had feelings just like the rest of us.

·     The term “blended family” is used to describe families that have step-children and step-parents or half-siblings or step-siblings. How do you see Joseph fitting into those categories?

Joseph’s father Jacob simultaneously had two wives and two concubines, and all four women produced children. Though culturally acceptable, there were jealousies and conflict galore. Joseph’s family gave new meaning to the blended and dysfunctional family. This Bible study addresses many of those issues.

·     In this area, you can relate to Joseph. Tell us a little about your family background.

I was born into a broken/blended home. My parents were married a total of 10 times. I’ve had 3 stepfathers, two stepmothers, and 21 step, half and adopted brothers and sisters. In fact, my own family background is one of the primary reasons I decided to write about Joseph; I can relate to him in so many areas.

·    You recently received some good news in regard to your Joseph Bible study. Can you share that with us?

“Joseph: Beyond the Coat of Many Colors” won the 2012 SELAH award for best Bible study. This book is my heart of hearts so it was especially meaningful and a true honor.

·     Many of the books and studies about Joseph focus on grace and forgiveness. Can you talk about some of the other things we can learn from his life?

His story is a wealth of information on raising children, dealing with jealousy, disappointments, peer pressure, sexual purity, employee/employer relationships, and what to do when you feel like God doesn’t care.

Definitely not! It can be used for individuals, group Bible studies, and Sunday school. I recently heard of a couple who co-taught it in their couple’s class. You can do the study in eight weeks but I recommend taking it slow and more in-depth.

·     What primary message do you want people to take away from this study?

To understand God knows the end of your story just as He knew the end of Joseph’s. Don’t give up; remember God is working in your life with purpose just as He did in Joseph’s. God isn’t finished with you yet.

At your local book store or http://www.amazon.com/Joseph-Beyond-Following-Through-Character/dp/0899573339/ref=pd_rhf_gw_p_t_1 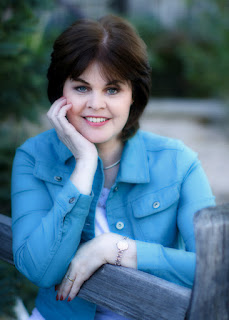 Mary Englund Murphy is an award winning author who communicates with enthusiasm, humor, and passion, and speaks to the listener’s heart. Her newest release “Joseph: Beyond the Coat of Many Colors” won the 2012 SELAH award for best Bible study.
Mary’s extraordinary life experiences have equipped her to grasp the unique needs of women of all ages. She speaks for retreats, conferences and other special events, and is a member of the Advanced Writers and Speakers Association. She and her husband Bill reside in Tulsa, Oklahoma and have three grown children and two grandchildren.
www.lookingglassministries.com